You are here: Home / Seeking Adventure / The Big Easy 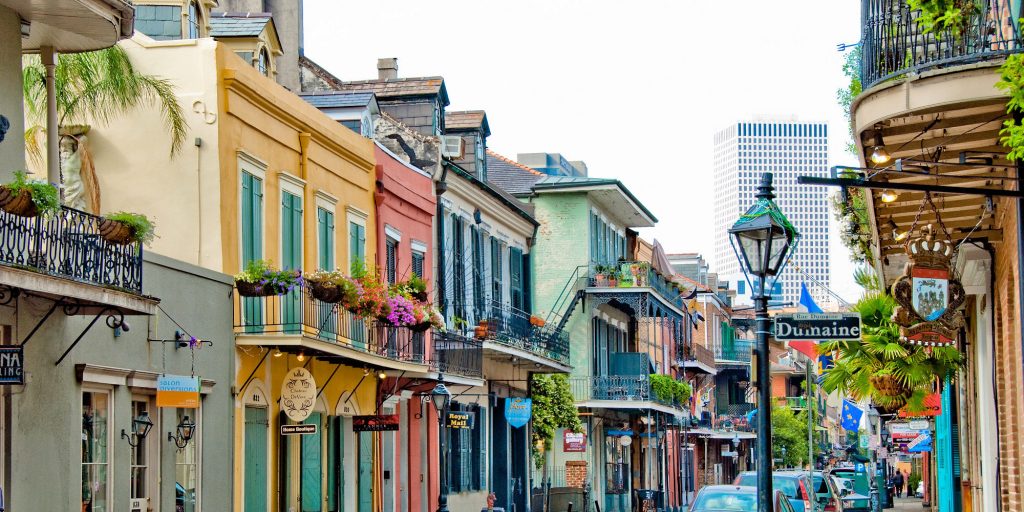 We knew we didn’t want to drive straight through from DFW to Gainesville, FL, and since Daniel had never really been to New Orleans, we decided to take a break and hang out for a day. We arrived in time to meet some friends from our seminary days for dinner. We had a great evening catching up!

When you book a hotel in NOLA, you never really know what you’ll get. I tried to balance cleanliness/reviews, location, and cost. I booked something that I thought was named after the famed New Orleans Saints. But instead we found ourselves at a swanky hotel named “the Saint” that was a twist on the theme of being naughty vs a saint. I’ll just say the decor was quite interesting (though at least nothing was inappropriate). I’ll pay a little more attention next time. 😂

When in NOLA, one must eat good food. And that we did. I had boudain for dinner the first night, followed by a beignet and espresso. Day two included a great breakfast at The Ruby Slipper and a seafood dinner that included samplers of etouffee, gumbo, and a fried collection of crawfish, oysters, shrimp, and softshell crab. We topped off the night with a local favorite, bread pudding. Needless to say, by the end of the 36 hours we were there, I was using all the DiGize to help digestion and Lemon to flush my system of the sodium & sugar overload. No judging! Maybe it wasn’t the wisest thing to do since I never eat that way. But Cajun food was a childhood favorite, and after almost 25 years since my last visit, I felt it was worth the splurge.

A first-timers trip to NOLA is never complete without a few things: a tour of the above-ground cemeteries, a walk to Jackson Square, the French Market for fresh pralines (did she really just mention MORE food? lol), Frenchman Street to listen to some good jazz, and a stroll down Bourbon Street (daytime) to catch some street musicians. I’d pretty well say Daniel caught a good glimpse of New Orleans.

That was all good but the true highlight of this trip was the World War II museum. I’m a huge WWII junkie and love studying anything and everything related to it. My parents had told me the museum was excellent, but we really only planned a quick stop to find the brick my dad had made in honor of my grandfather. Oh my word! The museum truly was spectacular, and we only visited about half of it! The movie, Beyond All Boundaries, is a must-see of the riveting details of the war, told by Tom Hanks with crazy-good 4D effects. Daniel and I also took the time to walk through the Road to Berlin, since that is the part of the war I’m most familiar with and since my grandfather spent time in Europe during the war. We made time to find the brick before we had to leave. I highly recommend if you’re ever in NOLA, that you make time for this incredibly well done, fascinating museum.

Daniel and I appreciated our time just hanging out in The Big Easy. We really did need some downtime before continuing on in our adventures toward Gainesville, FL, to investigate yet another city and university.